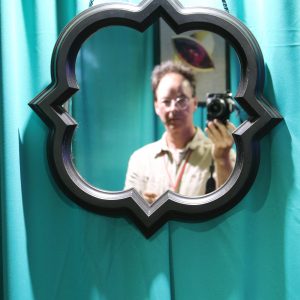 2002­2006
Instructor of jewelry making class at the Art center of Troy, NY 2004­2006
Work as goldsmith at Sévigné jewelers, Munich, Germany
2006­2008
Establish gallery/workshop in Grafing(Southeast of Munich),Germany Repair, design and manufacturing of one of a kind jewelry
Contract labor for Sévigné Jewelers; Stone setting, bead setting 2008­2015
Move to South Strafford, VT
August of 2015

My pieces reflect a long time fascination with the ancient art and jewelry of the Egyptian, Etruscan and Celtic cultures. Methods such as chasing and repoussé allow me to create a relationship between convex and concave surfaces. Granulation, a decorative fusion technique common to the creation of jewelry in antique times, adds lively patterns of intriguing detail. Most of my jewelry is finished with a process of surface depletion, to leave fine gold that is then frosted with glass brushes and highlighted with burnishing steel. Natural gemstones bring color accents into my designs.